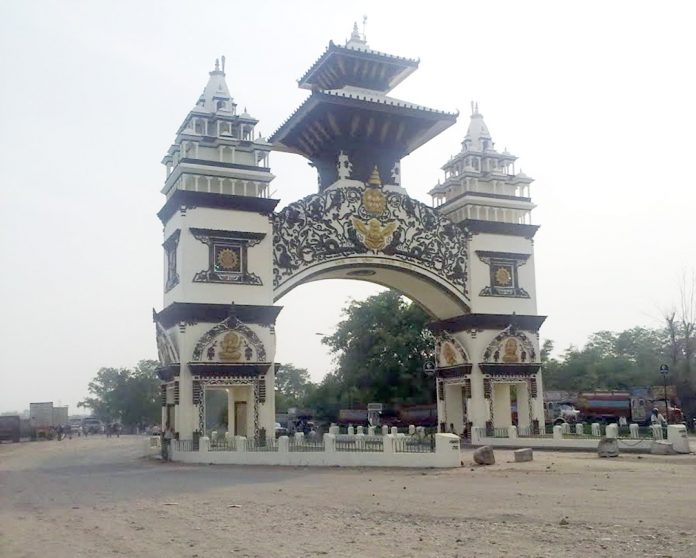 Birgunj (also spelt as Birganj) is a metropolitan city bordering with Raxaul of Bihar state of India in the south. It lies 135 km (84 mi) in the south from Kathmandu, the capital city of Nepal. Birgunj is the headquarters of Parsa district in the Narayani Zone. It is in Pradesh (state) No. 2, which is yet to be named. Birgunj is also supposed to be the major gateway of Nepal as various things imported from third countries reach their different destinations of the landlocked country, Nepal via this entry point. The city bears significant economic importance, which is connected with roads, air, and also Indian railways in Raxaul. The nearest airport is at Simara, which is only 20 km from Birgunj. Birgunj is currently the second largest city in the Terai region of Nepal (after Biratnagar), and the sixth most populated metropolis of the nation. Birgunj was declared as a Metropolitan City on 22nd of May, 2017.

Vijay Kumar Sarawagi is the mayor and Shanti Karki is the deputy mayor who won the local elections on September 27, 2017.

On 18 May 2006, the parliament of Nepal declared that the country would become a secular state. This led to unrest by Hindu fundamentalist groups across Nepal; the town of Birgunj was forced to close for nearly two years and was disturbed for more than 10 years.

Birgunj was established as a conglomerate of several villages in and around Gahawa Mai Temple. Gahawa Mai Temple remains the epicenter of the town. The settlement was named after the Rana Prime Minister Bir Shamsher, thus acquiring the name Birgunj.

According to the 2011 Census, Birgunj had a population of 133,238. It is the second biggest city in Terai and the fifth biggest city in Nepal after Kathmandu, Pokhara, Lalitpur, and Biratnagar. It serves as the headquarters of the Parsa District. Although Nepali is the official language, the native Bhojpuri language is the main language spoken. In addition to Bhojpuri, several other languages are spoken, including Maithili, Hindi and English.

Birgunj is a major business centre of Nepal, especially for trade with India. Almost all trades with India are operated through this route. The Indian border town of Raxaul has become one of the busiest towns for heavy transportation due to high trade volume. The 29 km (18 mi) distance from Birgunj to Pathlaiya is the busiest highway in Nepal. Most industries are represented, including agriculture, chemicals, textiles, wood, petroleum, etc. Almost 56% of the total products of Birgunj are exported to the Indian state of Bihar.

The 6 km (3.7 mi) railway track from Raxaul to Birgunj was converted to broad gauge two years after the Indian railways converted the track to Raxaul inside India to broad gauge. Now, broad gauge railway line connects Raxaul to the Sirsiya (Birgunj) Inland Container Depot (ICD) that became fully operational in 2005. Talks have been held to reopen the railway route from Birgunj to Amlekhganj in Nepal by converting it to broad gauge because of its socio-economic importance.

Goods are transported to and from India via Birgunj dry port, which is the key terminal of surface cargo delivery to Nepal. This cargo point on the south connects the heart of the country, Kathmandu, via another key industrial city, Hetauda. It is also served by Tribhuvan Highway, extending from the Indian border at Raxaul through Birgunj and Hetauda to Kathmandu with frequent bus service. Simara Airport — 9 mi (14 km) north near the highway in Pipara Simara, Bara district — offers scheduled flights to Kathmandu.

India and Nepal have an open border with no restrictions on the movement of their citizens. There is a customs checkpoint for the movement of goods and third country nationals may need clarification.

The city is known as the cricket hub of Nepal and has Adarsh Nagar Stadium. Nepal national cricket team’s players Haseem Ansari, Aarif Sheikh Avinash Karn and Irshad Ahmed hail from Birgunj. Cricket is popular and is played more than any other games and sports.

Various media houses have been established, which are offering their services in the field of Air, Online, and Print. Many FM radios, online news portals as well as Print of daily, weekly, bi-weekly, monthly, quarterly, yearly, magazine, etc. have emerged rapidly.

Ganesh Chaturthi, Holi, Teej, Krishan Janmasthami, Maha Shivratri, Durgapuja, Chhath, Dipawali, Eid, etc. are major festivals celebrated in Birgunj. Small proportion of the religious diversity of Birgunj is occupied by Buddhists. Thus Buddha Jayanti is also celebrated throughout the city. The culture of this city is not limited to religious diversity but ethnic diversity is found too. People of Madheshi ethnicity occupies greater portion of population which includes castes like Kanu, Gupta, Sah, Singh, Yadav, Mahato, Rauniyar, Kalwar, etc. Marwari people who migrated from Rajasthan are also in great number involved in many economic sectors.

ABOUT US
Popularsys is a website having most of the dynamic platforms of the present time at one place, where you as a user can enjoy or consume the services like buying, selling, renting, leasing, organizing an event, making a piece of news, searching a dream job, taking educational services.... Read More
FOLLOW US
© All Rights Reserved - POPULARSYS.COM

A unique blend of - Shopping - News - Jobs - Training - Events - Services & Many More... from One Platform Dismiss